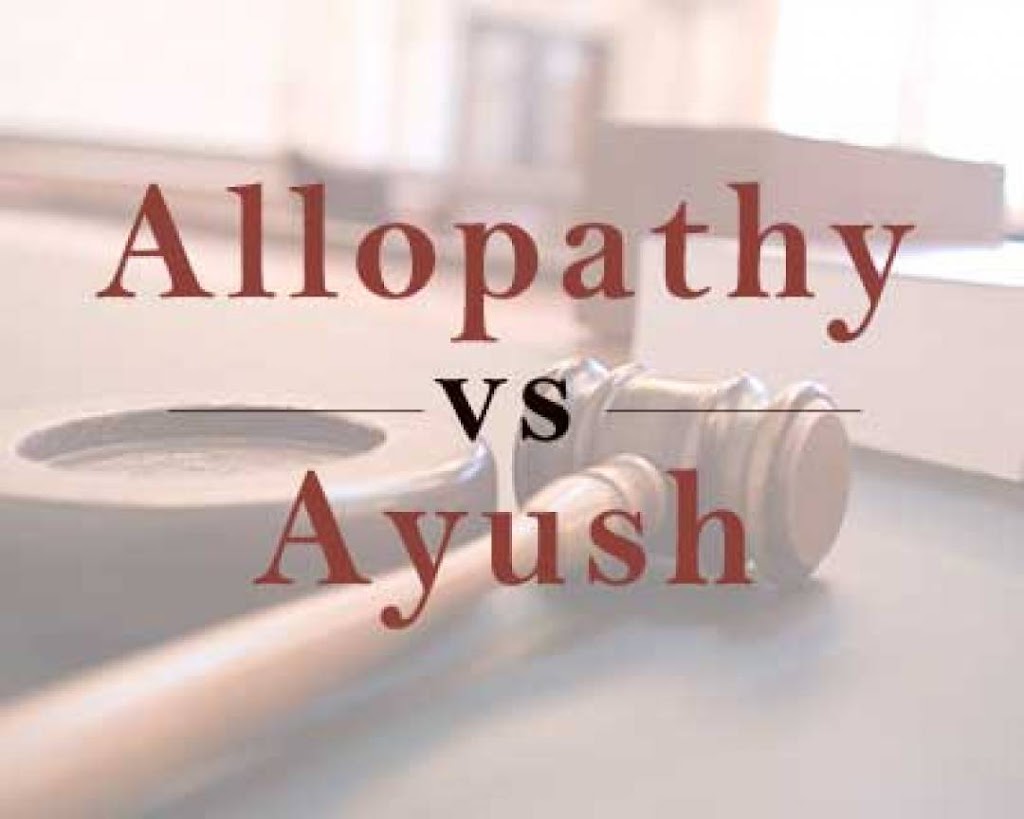 allopathy, ayush, health
-Dr. Arun Mitra-
Although the National Medical Commission Bill has been referred to the standing committee, certain things need to be answered. The best alternative, however, would be to revamp the MCI to remedy the shortcomings which had cropped in it.

But if the government is too adamant, then it is important that at least some major concerns must be addressed.

There are several points of contention in the NMC. The issue of allowing profit organisations to open medical colleges and charge at will is a serious one. This will lead to medical education becoming out of reach of many deserving students.
Another issue of debate is the exit exam, which is another burden on the students. It is ridiculous to rank the medical colleges on the basis of performance of medical students. This amounts to the government running away from its responsibilities.
Another issue of concern is the structure of the commission. It appears to be moving towards total technocratic and bureaucratic control by marginalising democratic representation of medical professionals.
But one of the major contentious clauses is number 49 of the bill, which permits AYUSH doctors to undertake a short bridge course and get licence to practice modern medicine. It is important here to study the principles and patterns of treatment in various systems of medicine and then evaluate whether is it feasible to mix them. 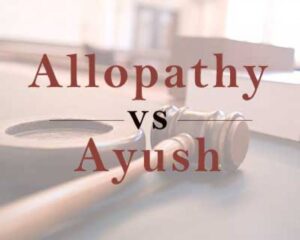 AYUSH – Ayurveda, Yunani, Siddha and Homeopathy– developed in different parts of the world in ancient times.The Ayurveda is based on the principle of harmony and balanced functioning of three Doshas i.e Vata:dry, cold, light, mobile, clear, rough, subtle. Pitta: slightly oily, hot, intense, light, fluid, free flowing, foul smelling. Kapha: oily, cold, heavy, stable, viscid, smooth, soft.The Ayurvedic concept of physical health revolves around these three Doshas and its primary purpose is to help maintain them in a balanced state to prevent disease. When the three Doshas are well harmonised and function in a balanced manner, it results in good nourishment and well-being of the individual. But when there is imbalance or disharmony within or between them, it will result in elemental imbalance, leading to various kinds of ailments.
The basic theory of Yunani system is based upon the well- known four-humour theory of Hippocrates. This presupposes the presence in the body of four humours viz., blood, phlegm, yellow bile and black bile. This type of treatment involves the use of naturally occurring drugs, mostly herbal. Drugs of animals and mineral origin are also used. Unani medicine presupposes that the drugs also have their own temperament. Since in this system, emphasis is laid on the particular temperament of the individual, the medicines administered are such that go well with the temperament of the patient, thus accelerating the process of recovery and also eliminating the risk of reaction.
In the Siddha system of medicine, man is viewed as a microcosm and the universe as macrocosm. In other words, man is a miniature universe in himself. The whole universe in turn is believed to be constituted of five primordial elements or Panchabhootham viz. Earth, Water, Fire, Air and Space and so is man. The Pancheekaranam theory (Five Fold Combination) of Siddha science explains the origin and formation of these basic elements as well as the role of these five elements in the formation of every substance, both in the universe and in humans.
The concept of Homoeopathyis entirely different. According to the definition of the National Centre of Homeopathy, “Homeopathy is a system of medicine that is based on the Law of Similars”. Contemporary homeopathic remedies function upon three main principles Like cures like ? means that a perfect remedy to a disease would be a “poison” that causes the very same symptoms. Minimal dose ? the cure is taken in the minimal quantity, so by itself it is not dangerous for the patient but at the same time it neutralizes the causes of the disease. The single remedy ? what it means is that there is only one cure for a given set of symptoms.
The modern medicine is based on the anatomical structure and the physiological functioning of our body. There is study of pathophysiology to know how the ailments develop. The treatment method can be medical or surgical, depending on the type of ailment. This system has developed in a scientific manner in the last century and has evolved with time in vastness like ocean. Drugs are put into public use only after multiple clinical trials.
When the basic concept of disease and health is different, training the personnel from AYUSH in the modern medicine with meagre knowledge will create confusion and mismanagement of the patient. If benefit to the patient is desired, the only way is to integrate AYUSH is as complementary to the modern system.
There is also a serious apprehension that most of those who are imparted bridge course would go in for full fledged practice in modern medicine. This may virtually kill AYUSH. It is, therefore, even more important for the practitioners of AYUSH to oppose the bridge course rather than those practicing modern medicine.
(The writer is senior vice President Indian Doctors for Peace and Development)
Zordar Times is an independent media organization, providing news, opinions and information, free from any political, religious or business pressure and favoritism. It requires your financial support to keep it free from political and commercial pressures. You can send support amount from Rs. 25 to Rs. 10 thousand or more. For support us click button below. With this support from you, our journalists and writers will be able to perform their duties without any pressure and without fear. Thank you.